The Tasmanian Housing Market is booming!

And if you’ve been paying attention, you might know that the number houses on market has been dropping for the last 24 months. And there are currently 33% less homes of on the market than this time, two years ago. So if you’re looking for a property at the moment, it’s roughly 20% harder than it was a year ago and 33% harder than it was two years ago. You have less options, more competition for a smaller number of homes, and fewer days on market to make a decision.

All the more reason to get yourself a buyers agent. If you’re interested in finding the right property, right now, talk to Sam. His picks have grown by 17% on average, every year, for the last five years. Whether you want great capital growth, exciting development potential or a solid return, Sam is the man to talk to.

Also, this week, momentum builds across Australian housing markets as values rise at the fastest rate in seventeen years. CoreLogic reports, Australian Home Values surged 2.1 per cent higher in February. Which is the largest month on month change since, August 2003. The report explain that the price surge has been spurred on by record low mortgage rates, improving economic conditions, government incentives and low levels of advertised supply.

Hobart saw the tied, largest monthly increase of home values in the nation at 2.5 per cent. The second largest quarterly increase at 4.8 per cent and the third highest annual increase at 13.8 percent. 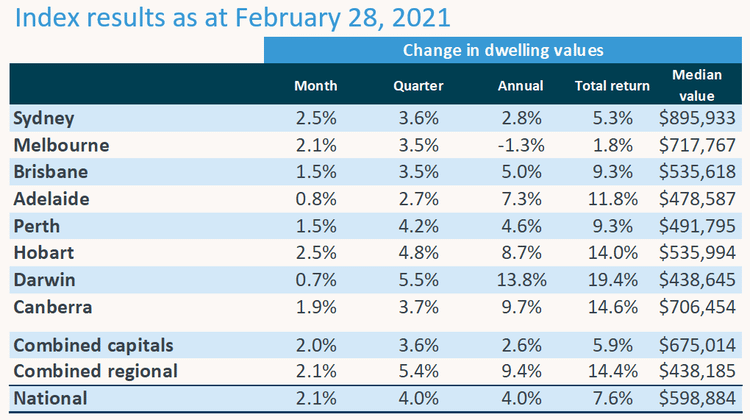 Buying your first home: your step by step guide

You can learn more about our approach to property advising here , or alternatively, feel free to get in touch and have an obligation-free chat about how Property Friends can help you.

How to avoid the 7 Biggest Mistakes when investing in property

Check your inbox for your whitepaper!

NO COST – NO STRINGS ATTACHED

Looking to understand the world of property investments better? We can help!

So, you are interested in learning more about it? Click the below link and we will keep you updated, NO SPAM - ever...
And of course you can unsubscribe any time - no questions asked.

Congratulations, you will be receiving very valuable updates from us. Can you do us both a favour? Can you please "whitelist" the email address that our info will come from? It will be "

We will NEVER send you spam