If a stranger on the street approached you to spend a quarter of a million dollars on a sure-fire deal……would you? Luckily Uwe is no stranger. He has built a reputation. He has built a track record, and he has built a dedicated group of lucky people who he has helped make money in the past so we can now introduce him as a trusted friend rather than a stranger. Uwe is also no stranger to putting deals together. He was smart enough to use his skills for our benefit and not to make millions for nameless shareholders behind large corporations. Uwe and Ulla have become part of the detailed investment strategy of a select and fortunate few. I met Uwe through a friend. I’ve been to many seminars and the meeting with Uwe was different. By invitation only, we saw a plan. It was transparent, it worked and it met the needs of all parties involved. Uwe even told us how much he was making on the deal! He had nothing to hide because we were all going to do very well, and we did! As far as the example of the maths goes, in my case a $70k block of land and a $168k building contract was turned into a beautiful new home worth $320k. I hardly even saw the process (Uwe and Ulla sent me photos of progress) but was delighted when I visited the finished home and the friends with me commented that they wished they had met Uwe when I did. Property investment is in vogue at present. We are all looking for an edge, and a wise property developer (worth many millions) told me years ago that the secret was to “change the use of land”. But with limited time and less than millions to invest the way was not clear. Uwe and Ulla solved this problem. They created a way to be a part of the process to change the use of land. And the way they do it works! So shake hands with the stranger and make him your friend! Follow his lead and join our happy group on our way to a better financial state. Welcome!! Call me anytime to chat further. 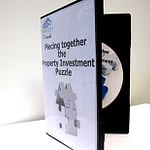 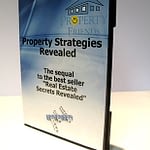 So, you are interested in learning more about it? Click the below link and we will keep you updated, NO SPAM - ever...
And of course you can unsubscribe any time - no questions asked.

Congratulations, you will be receiving very valuable updates from us. Can you do us both a favour? Can you please "whitelist" the email address that our info will come from? It will be "

We will NEVER send you spam